The fish ceases to be an egg))

Recently I decided to make some interesting feline complex.

So that not just pillars-nests-shelves, and not just without disgusting dust collectors, but so that it is straightforward to be interesting and not ashamed to place in the interior ))

For example, in the form of a Fish )) 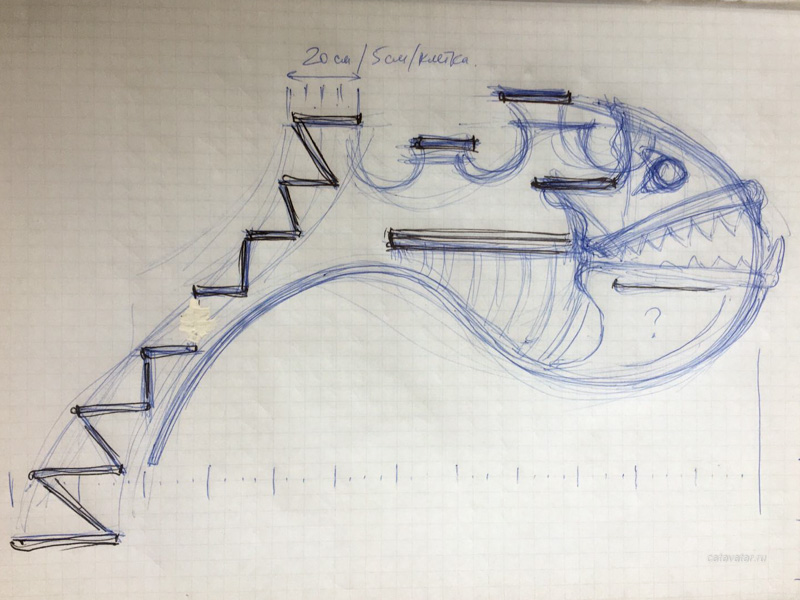 In the future, it changed a little, an understanding came where and what kind of bed-houses should be, but in general, the idea remained exactly the same.

With enthusiasm, I cleared the table, bought plywood, and off you go! 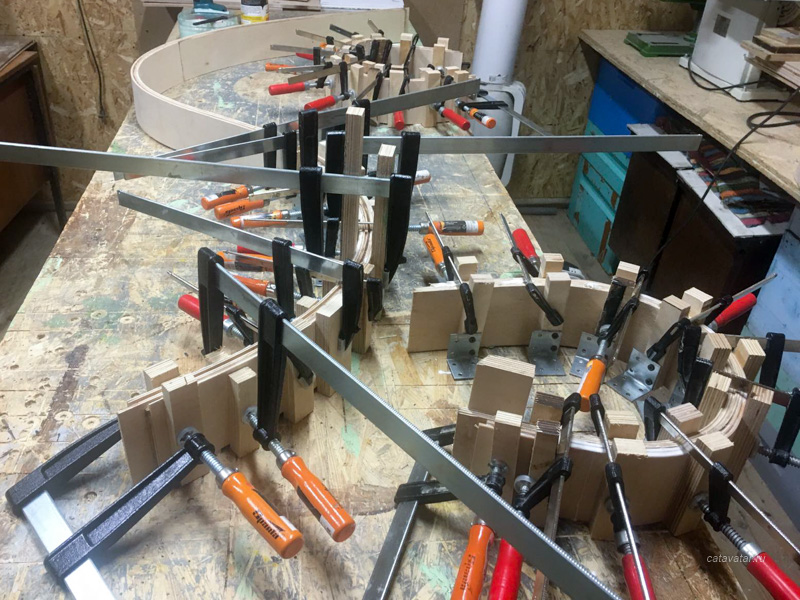 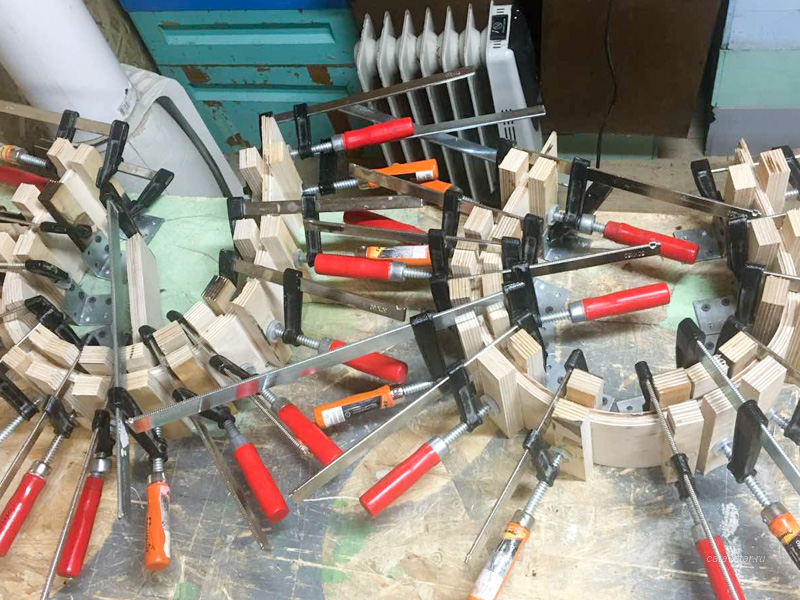 Some details began to turn out, when suddenly! ... 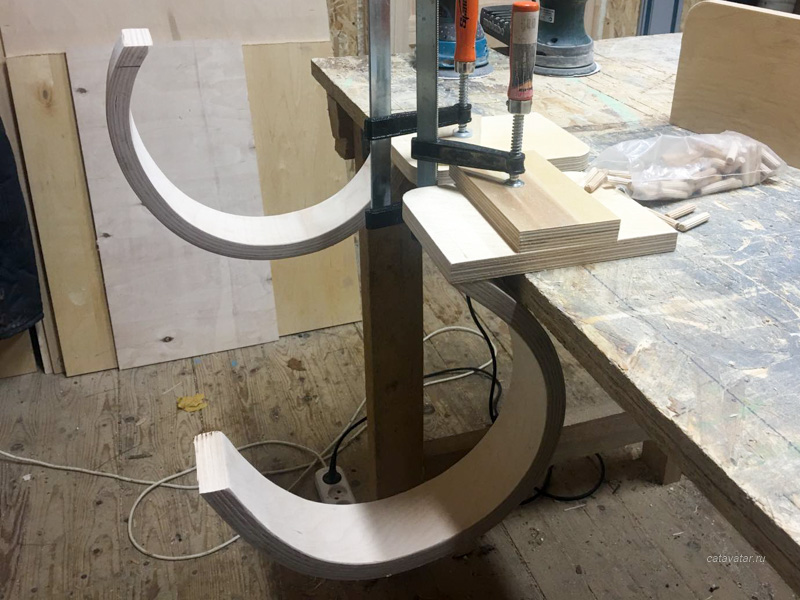 Suddenly I realized that doing everything in a creative impulse and on a whim, I doom myself to huge senseless work, wasted time and, as a result, discarded material.

If you don't think about everything carefully in advance, then it often happens that at the end of the work you bite your elbows - well, why didn't I make a hole right here at the very beginning, but here I didn't leave an extra 5 millimeters ?!

In fact, everything that I prepared, bent and did with the Fish lately, yesterday moved to the tandoor, where it successfully helped us fry very tasty chicken wings ...))

The correct path is the most correct. Everything has its own time - its own creative impulse, and drawing - its own.

After careful thought, it turned out that the design of the Fish should consist of 100+ parts))

Part of the drawings: 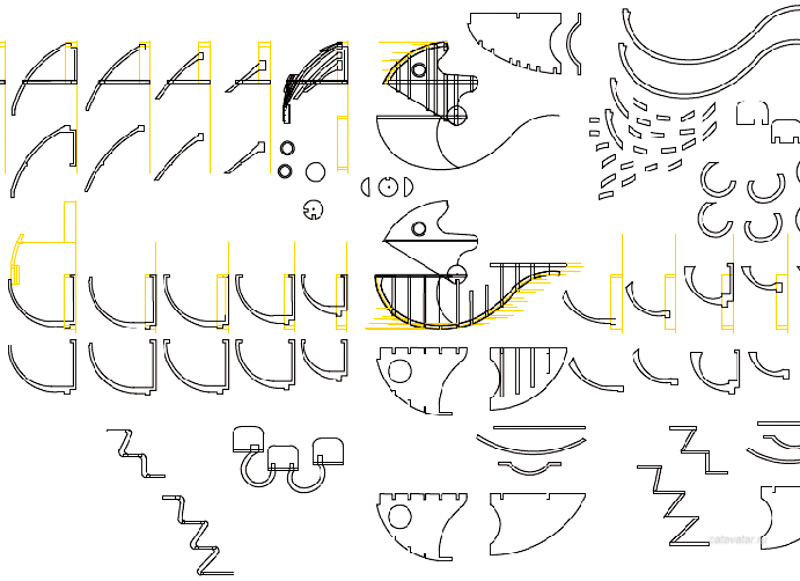 A standard plywood sheet is square, but it's hard and inconvenient for me to work with it, so at the time of purchase I always ask you to cut all the plywood in half.

Plywood, from which some parts have already been cut, looks like this: 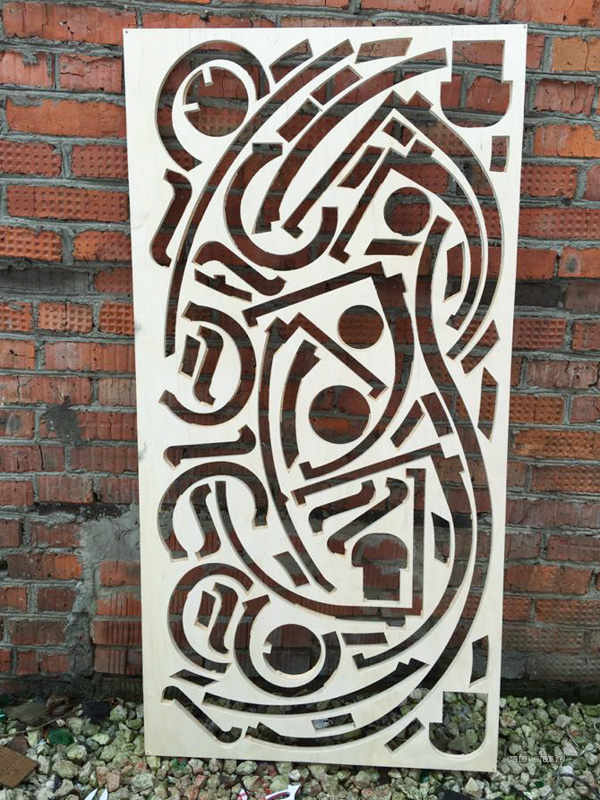 It seems to me that even this object itself looks very decorative. It became a pity to burn, maybe I will adapt it somewhere, maybe even cover it with multi-colored toning? ))

In general, the process is going on, albeit stumbling ))

P.S. Already at this stage - the hatching of the Fish from the eggs, they managed to disagree with Lena on the final appearance. Next time I will tell you what is the disagreement of our vision ))

Squirrel and nuts
All autumn squirrels hid walnuts on our site, which stole from neighbors. We sometimes came across these hiding places and, with a clear conscience, ruined them, because...
Squirrel and nuts
comments powered by HyperComments
You are reporting a typo in the following text: Simply click the "Send typo report" button to complete the report. You can also include a comment.