We gave the children toys from Ikea, a mouse and an elephant.

At the forefront of researchers is the Eraser and the Peas.

Yoska is there only because I put an elephant right next to him, he is not interested in toys - he looks at one of the girls :) 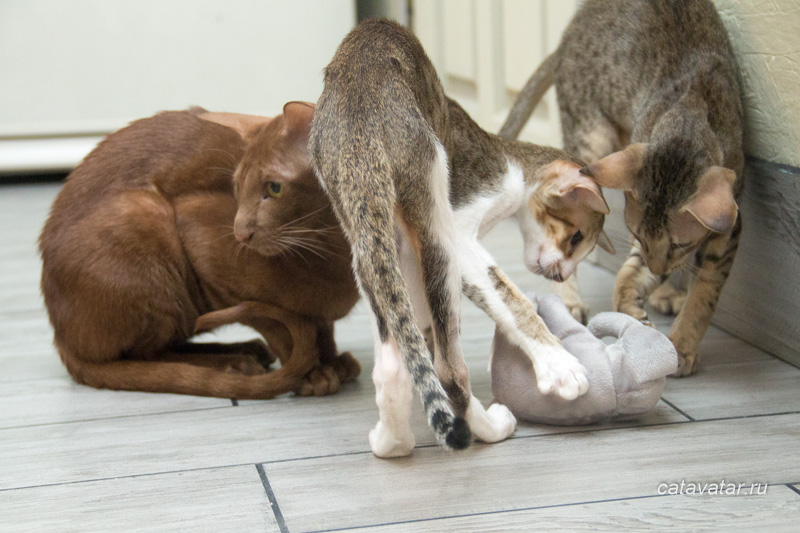 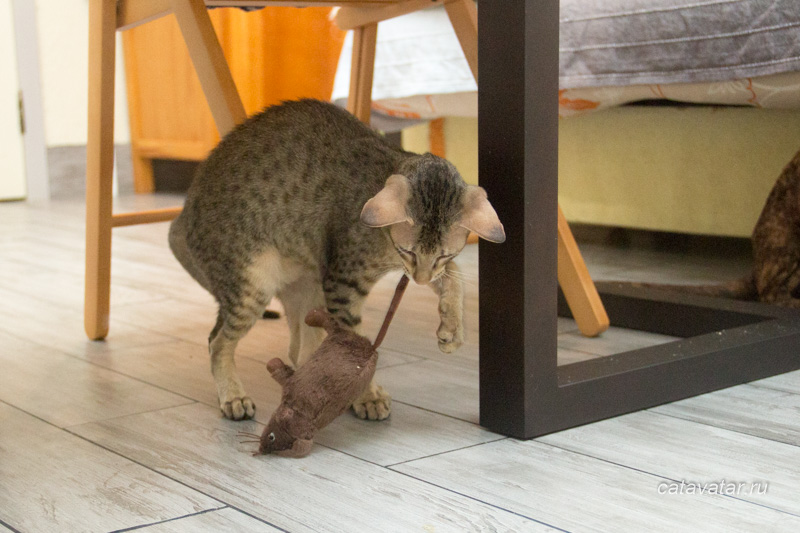 He is a large and strong boy, so he did not go around for a long time, grabbed the poor thing by the tail, untwisted and ... that’s the whole game and ended :)

Chatted with her in the air, threw it, tired and went to sleep on the sofa ...

For some reason, large and strong boys are often decent idlers :) 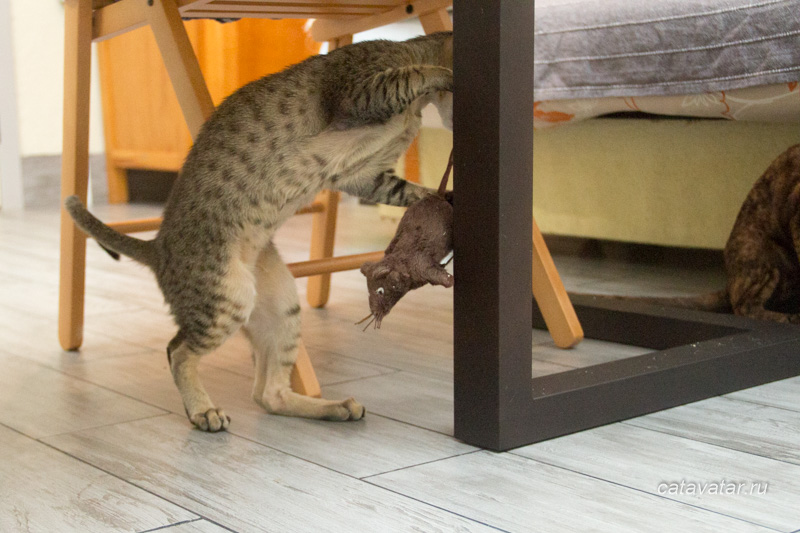 But the rest liked the elephant more.

In principle, I understand them, if they asked me who is more fun - with a mouse or an elephant, I would also choose an elephant :)

The first elephant went to Eraser :)

At the forefront, he was rightly the first to seize the toy. 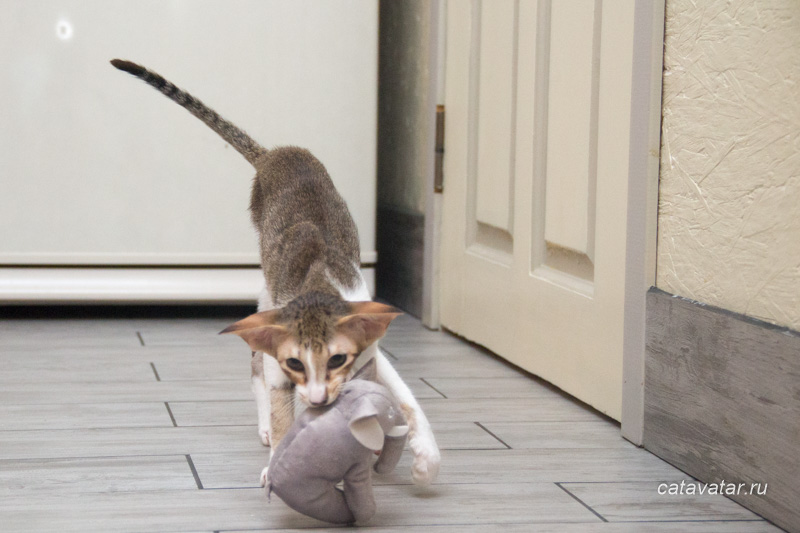 I have long suspected that oriental cats only pretend to be animals, but in reality they are just small people.

Look how confidently the Eraser stands on its feet and holds an entire elephant in its hands! 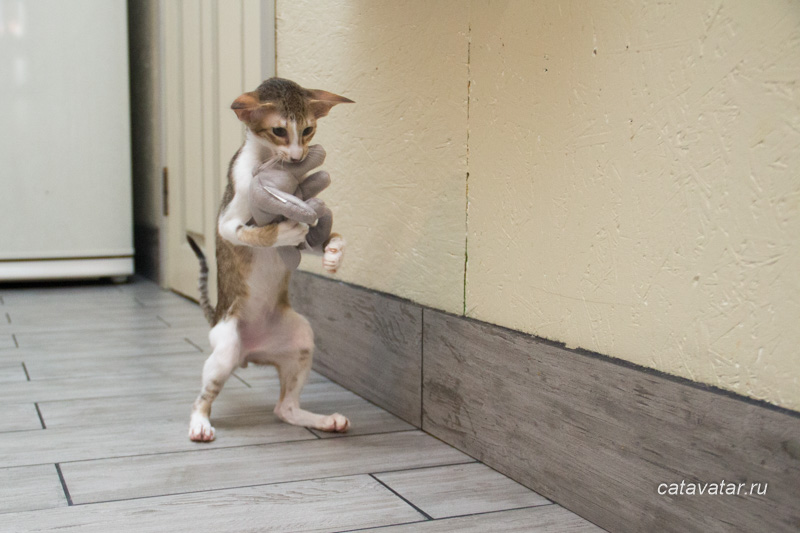 But they don’t even need hands to hold something, so cats are even better than people! 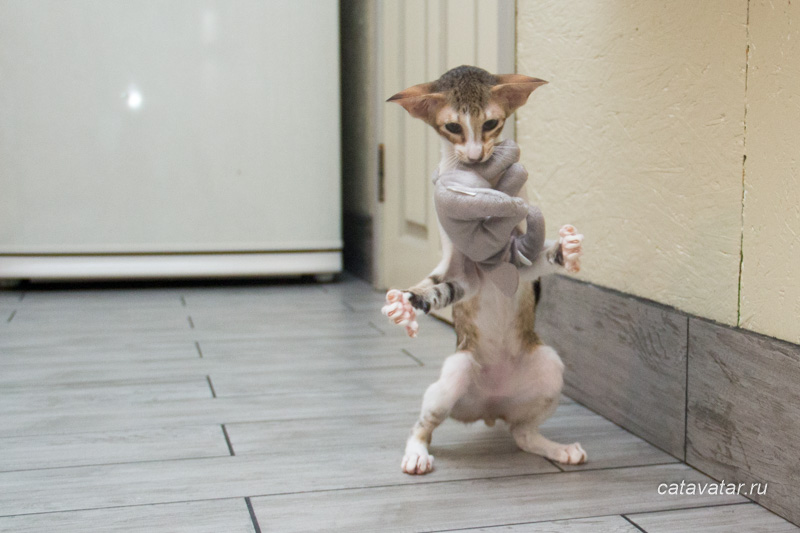 After the Eraser, the elephant went to Shnurochka :)

Girls have their own habits.

Jump and intimidate the enemy! Here are the most effective tactics. 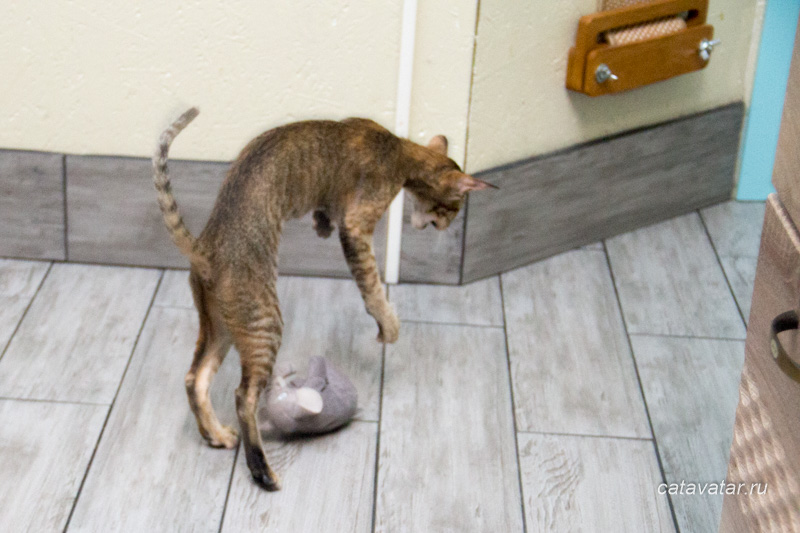 And when you’re intimidated, then it’s already possible to use your teeth ... 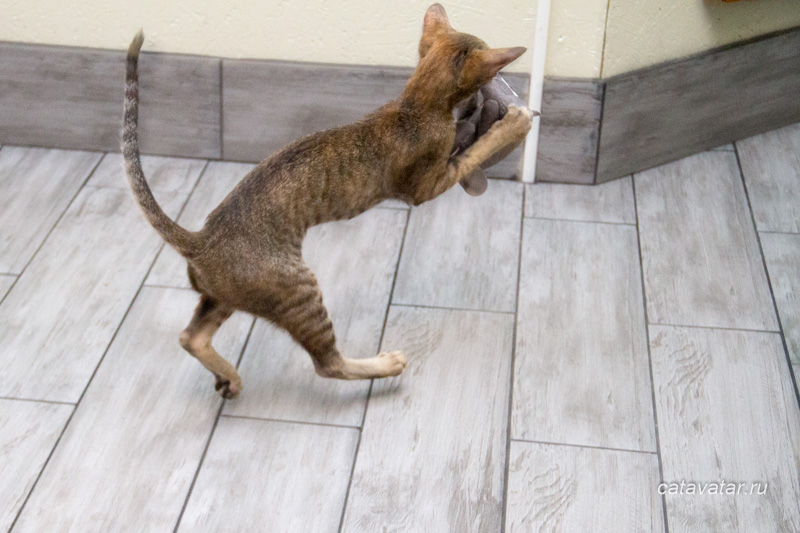 And on the priest to embed well ... 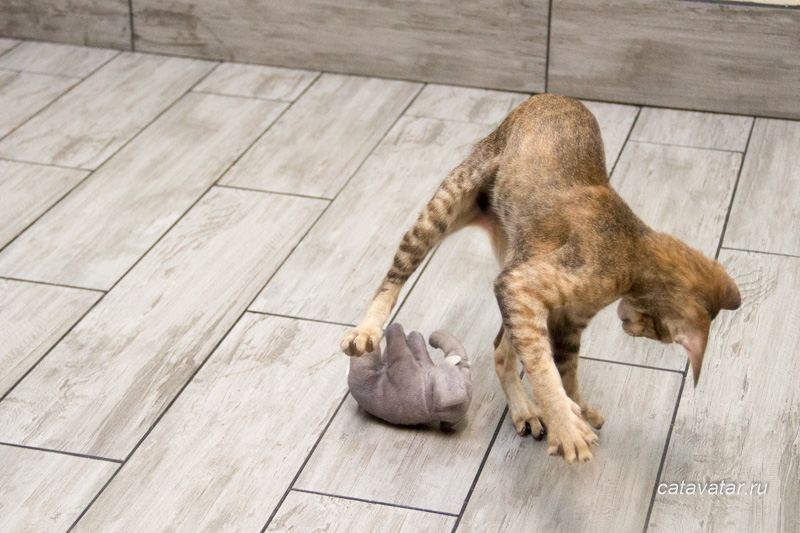 And after a well-deserved victory, proudly retire from the battlefield :) 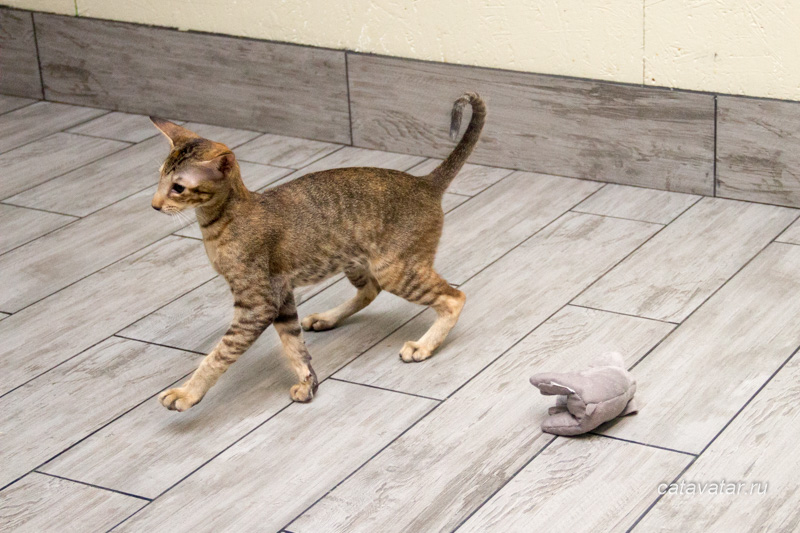 But all these tactics and victories fade when a professional comes into play.

Affectionate, gentle and confident, he knows his worth and knows how to surprise :) 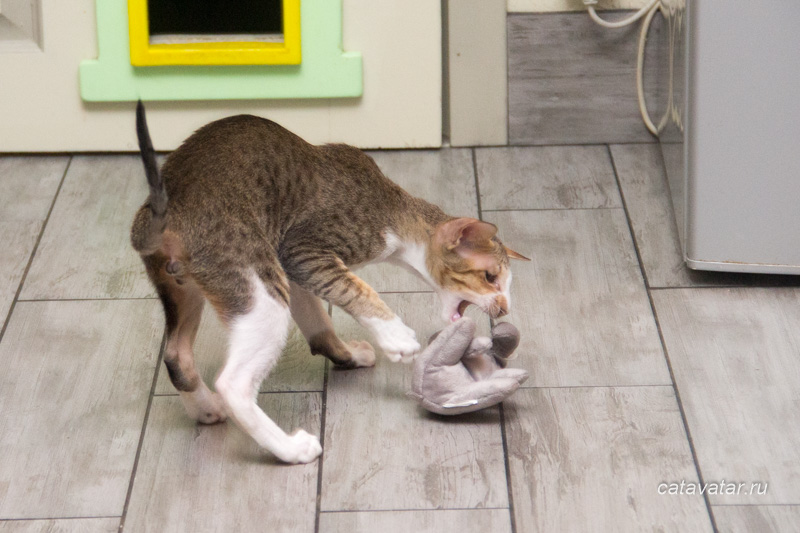 It seems that he carefully and casually sniffed, tried a tooth, gave a paw.

That seems to be not particularly interested, well, a toy and a toy. 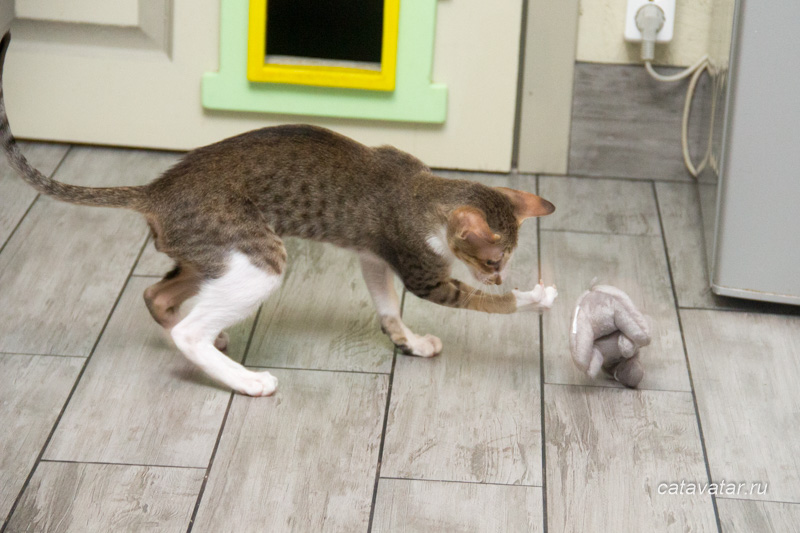 Suddenly, it began that even I wanted to scream like a girl and climb on the table, away from this hurricane ... :))) 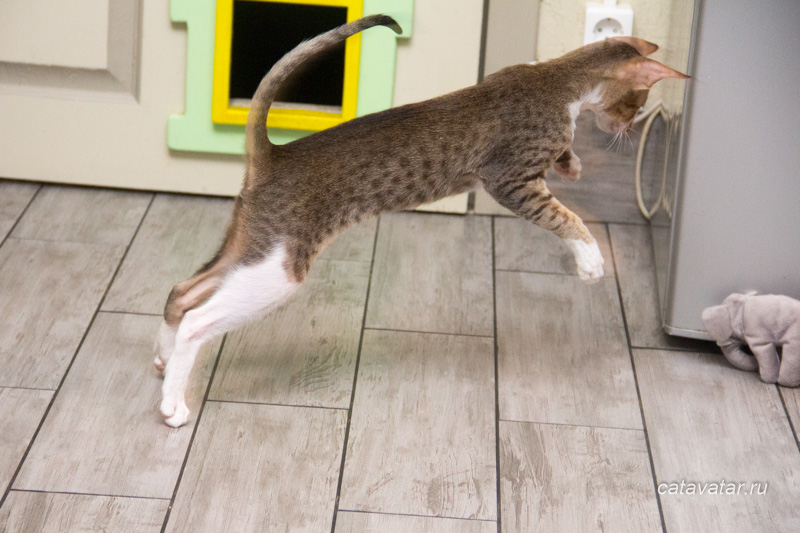 The elephant and Butch flew all over the room in some sort of frantic round dance! 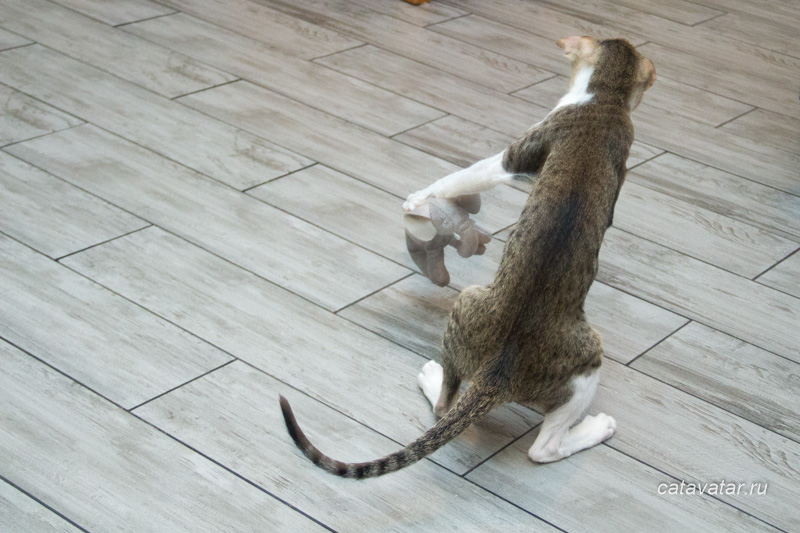 Either the elephant won, then Butch ... 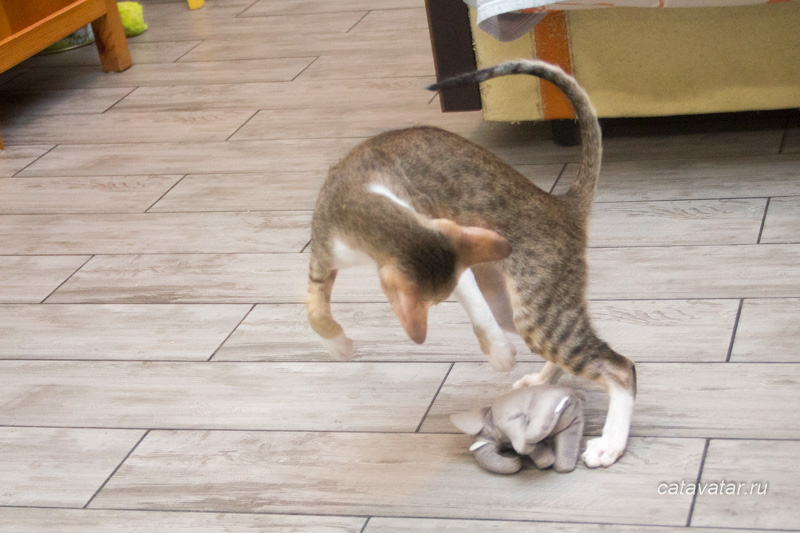 Sometimes a mouse came across the path, and in passing it got to her ... 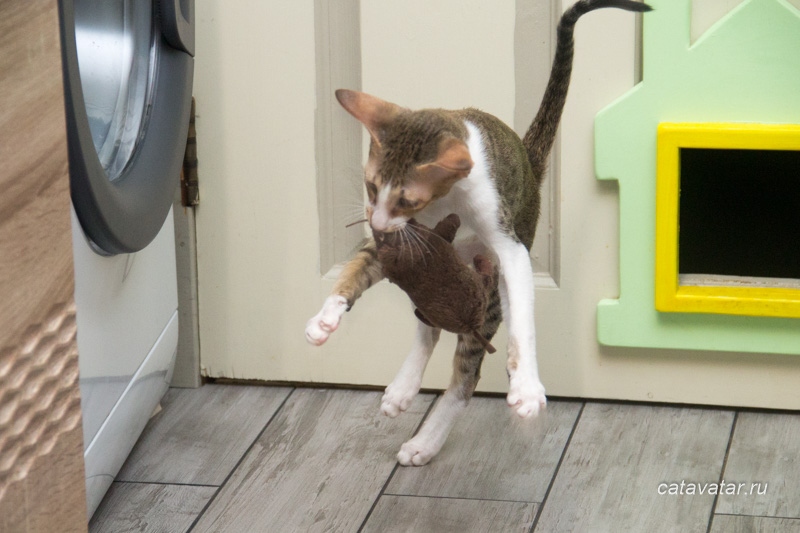 The elephant strove to escape and pulled out ... 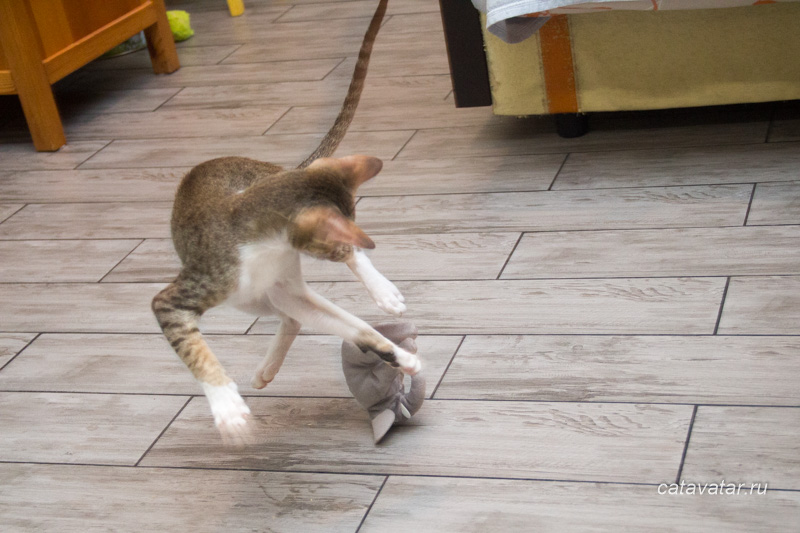 Had to catch him again, again and again ... 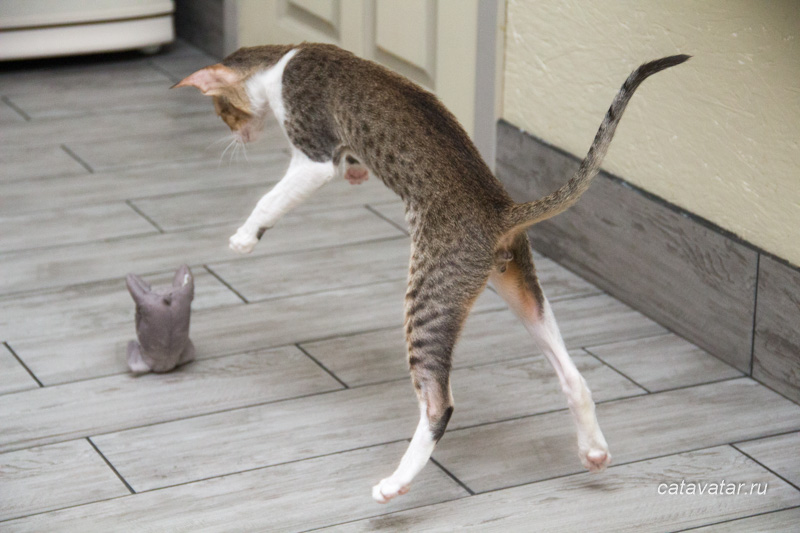 Oriental kitten is very difficult to cope with such a dangerous animal!

Have you seen the tusks of elephants ?? 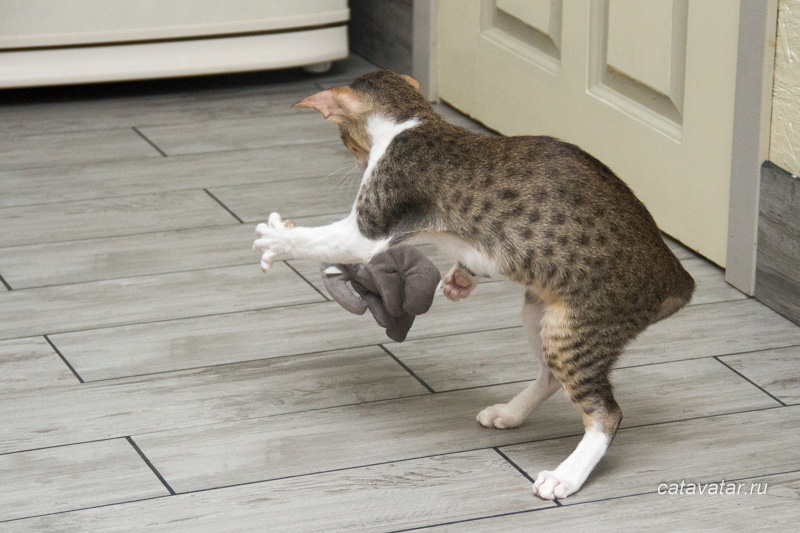 At what time did the African giant beg for mercy, the boy had mercy on him and let him go ...

We have very generous kittens :) 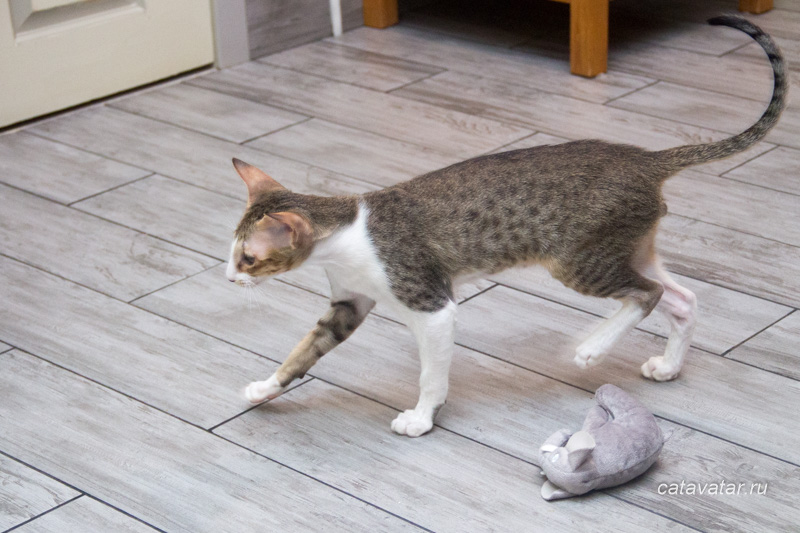 They are all the same funny, and adult orientals and kittens.

Everything is like in humans - something new is provoking burning interest in cats. At first, they are ready to almost fight for a novelty, then several days pass and the toys are lying around that nobody needs. Sometimes someone just takes a sluggish play and lies on until they find themselves under a sofa or refrigerator ...

Congratulations to all with the end of the week!

Friday is great anyway, even if it falls on November 1st :)

Well, and where without Sansochki?

She has all the rules (Pah-pah-pah) 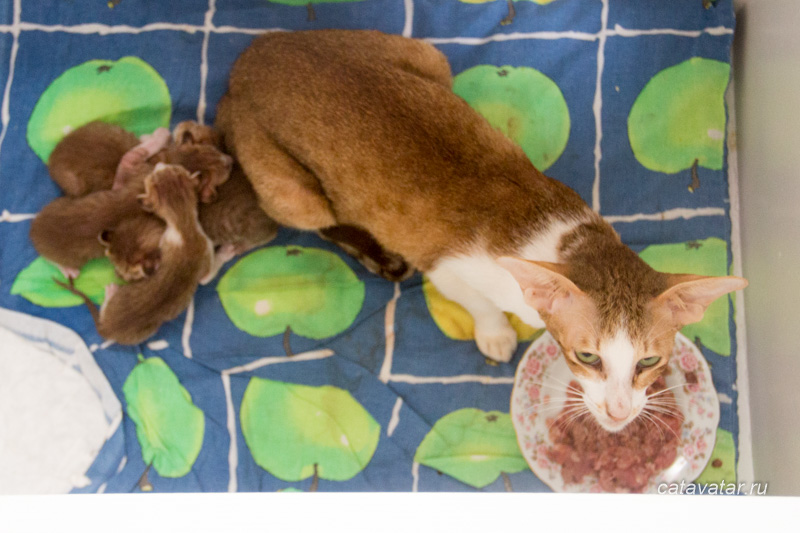 Bone!
Comic that does not require comments ... ))
Bone!

Autumn ends ...
Today is October 31st, for me personally - the last day is autumn. Somehow it turned out that for a long time I perceive November as the first and most unloved month of winter.
Autumn ends ...
comments powered by HyperComments
You are reporting a typo in the following text: Simply click the "Send typo report" button to complete the report. You can also include a comment.